As we can see double instance==null is being performed hence it goes with the name. Second null checking is important here. Let's assume both T1 and T2 entered the getInstance() method and one of them entered the synchronized block and it sees that instance is null and hence creates the instance. If the null checking was not present then another instance would have been created.

See the double-checked locking is broken declaration for a much more detailed explanation.

So using volatile solves this problem.

Bill Pugh came up with a very efficient solution to create singletons. It is called Initialization-on-demand holder idiom . In this approach, a static inner class is used to lazily create a singleton instance. In all versions of Java, the idiom enables

In Simple word, the inner class is not loaded until the getInstance() method is invoked for the first time. This solution is thread-safe and doesn’t require any synchronization. It is the most efficient approach among all the singleton design pattern implementations.

Thanks for reading. See you in the next post. 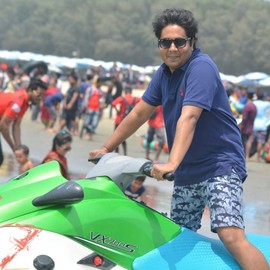 comments powered by Disqus
Next
Singleton Design Pattern Part One